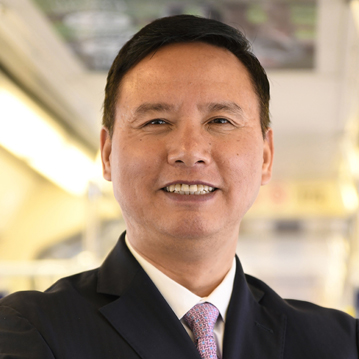 Henry Li is a visionary leader with a proven track record of strategic innovations. During his extensive transportation career, he has successfully led and transformed several highly visible transit agencies in highly political, complex and dynamic metropolitan regions.

Since becoming General Manager/CEO in July 2016, Henry has been credited for the solid, rapid and comprehensive transformation of SacRT. Some of his achievements include:

Prior to his arrival at SacRT, Henry served as the Vice President of Finance and Administration/CFO at Jacksonville Transportation Authority (JTA), which was named APTA’s 2016 Outstanding Public Transportation System. His over 20 years of leadership in the industry include serving as Chief Financial and Administrative Officer for Hampton Roads Transit and Director of Administration for the Georgia State Road and Tollway Authority. He also held senior management positions at some of the largest transit agencies in the nation, including the San Francisco Municipal Transportation Agency (MUNI) and the Metropolitan Atlanta Rapid Transit Authority (MARTA).

His service to the local community includes, but is not limited to: serving on the Downtown Sacramento Partnership Board; the Sacramento Asian Pacific Chamber of Commerce; President of Chinese Professionals Associations in Atlanta and Jacksonville; Greater Sacramento Competitive Economic Council; the Sacramento Mayor’s Commission on Climate Change; and the Sacramento Building Bridges Trade Delegation trip to China.

Henry’s leadership gets results because he is a strategic thinker, creative problem-solver and swift executor. He is a strong change agent who has consistently delivered transformational and phenomenal results through visionary leadership, collaborative approach, and relentless pursuit of excellence for the advancement of public transportation.

He lives in Sacramento with his wife and enjoys hiking, biking and trying new cuisines. 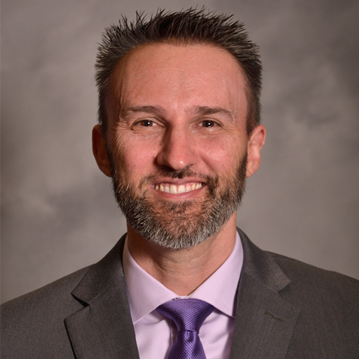 Brent brings more than 21 years of financial management experience in the areas of finance, accounting, and budget in both the private and public sectors. He began his work experience in the field of public accounting working for large notable firms such as Deloitte and KPMG. He then transitioned to working in finance for both privately and publicly held companies in the software development and technology space. Over the past 16 years, Brent has worked in the transportation field at SacRT. During his time at SacRT his departments have won numerous awards from the Government Finance Officers Association for both the Comprehensive Annual Financial Report and the Annual District Budget. At SacRT he has worked diligently to improve SacRT's financial position by leading a team of professionals that have received significant grant awards, renegotiated contracts, controlled costs, and streamlined processes. He currently oversees all aspects of the District's budget, financial services, treasury, grants, procurement, real estate, risk, and pension administration.
Brent earned a bachelor's degree in Business Management, with a Concentration in Accounting, from Sacramento State and holds his Certified Public Accounting License in California.

VP of Planning and Engineering 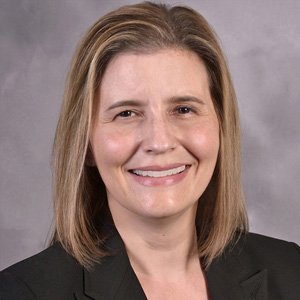 Laura currently holds the lead role in managing multiple planning and engineering projects. In her position, she provides executive direction and strategic management over the strategic planning, service planning, engineering, disadvantaged business enterprise and internal audit functions. Laura has been with RT for over 19 years in multiple management roles and is committed to continuous improvement of transit service delivery and customer service excellence for the organization. 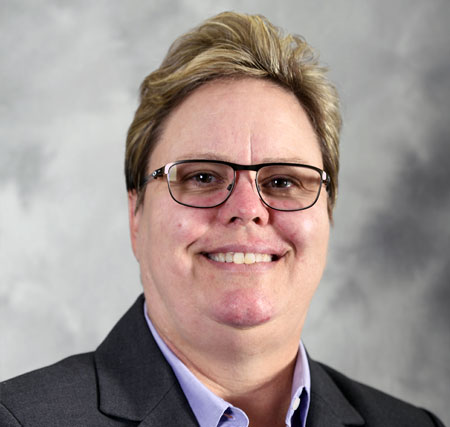 Lisa is a 28.5 year veteran of the Sacramento Police Department, where she worked her way up the ranks to Captain of Outreach and Engagement Services. There, Lisa participated in many innovative programs and initiatives, including creating and leading the Kops 'N Kids camp for Sacramento youth, developing a Youth Services Unit and developing strong partnerships with local agencies and businesses. Prior to her promotion to Captain, Lisa worked in SacRT Police Services as a Lieutenant for two years.

Lisa was raised in Sacramento and attend Sacramento State University earning a Bachelors Degree in Criminal Justice. Lisa has a Masters Degree in Law Enforcement and Public Safety Leadership from the University of San Diego.
Lisa currently sits on a National Board called "Strategies for Youth."

VP of Communications and Partnerships

As VP of Communications and Partnerships for the Sacramento Regional Transit District (SacRT), Devra Selenis leads SacRT's Communication, Marketing, Public Information and Government Affairs teams. Devra is a long-standing colleague at SacRT, having distinguished herself in a variety of positions within the agency over the course of 19 years. In her current role, she oversees the marketing and communications; media relations; community engagement; partnership building and government affairs programs that support SacRT's strategic initiatives. Prior to her arrival at SacRT, Devra had an extensive career directing the marketing, communication and public relations endeavors for a high-tech visual branding company, and a global background screening and reporting firm. During her tenure at SacRT, Devra's team has received several distinguished regional, state and national awards for marketing and public outreach, including the 2021 American Planning Association's Award of Merit in Public Outreach; 2020 American Public Transportation Association's First Place AdWheel Award for Comprehensive Outreach Campaign; 2020 California Association of Public Information Officials EPIC Award for Public Awareness Campaign; 2020 California Association of Public Information Officials Award of Distinction Community Relations/Participation Campaign; and 2008 American Public Transportation Association's First Place AdWheel Award for Print Media. Devra is an alumnus of the University of Miami, Florida holding a Bachelor of Arts in Marketing and Advertising. She currently serves on the boards for the Power Inn Alliance, R Street Partnership and Sacramento Transportation Management Association.

Edna Stanley has over 20 years of transit experience and maintains executive level operational oversight of SacRT's Light Rail Operations. She oversees day-to-day transportation responsibilities, and critical business and support functions, including training. Edna directs the development of service delivery plans to efficiently manage SacRT's light rail services including daily operations, maintenance, and the Operations Control Center.
Edna comes to SacRT from Los Angeles County Metropolitan Transportation Authority (LA Metro) where she served as a Superintendent of light rail service operations. Prior to LA Metro, she was the Manager of Station Operations at the San Francisco Bay Area Rapid Transit District (BART), and a Superintendent at the Washington Metropolitan Area Transit Authority (WMATA).
Edna serves on the Southern California Cohort of the Government Alliance on Race & Equity (GARE); a federal initiative focused on systematically advancing racial equity across jurisdictions nation-wide. She is also a member the APTA International Rail Rodeo Committee, the League of Railway Women, the Conference of Minority Transportation Officials (COMTO), and WTS International. In her spare time, she loves to bake cakes and travel around the world.

As the Vice President of Integrated Services and Strategic Initiatives, Shelly Valenton provides oversight to the Human Resources, Labor Relations, Customer Satisfaction, Information Technology and Board Support departments. She ensures the integration and cross-functional alignment of these functions while also leading various agency-wide strategic initiatives and special projects for the General Manager/CEO.
Before joining SacRT in February 2019, Shelly served on the Executive Leadership Team at San Joaquin Delta Community College District (Delta College) as the Director of Marketing, Communications and Outreach. Prior to that position, Shelly worked at San Joaquin Regional Transit District (RTD) for over seven years, handling major projects and strategic initiatives and leading the agency’s marketing and community engagement efforts. RTD received APTA’s Transit System of the Year Award in 2018.
Shelly’s work on project management and marketing both at RTD and Delta College garnered regional and national awards, including an APTA AdWheel grand prize award and various awards from the National Council for Marketing and Public Relations. She also served on the board of the California Community College Public Relations Organization. Shelly holds a Transit Paratransit Management Certificate, a Master’s Degree in Business Administration and a BA in Communication. She lives in Elk Grove with her husband and two children.